Heroes Are Not Always Politically Correct

(Note: This blog post is obviously just an opinion, and you are Free to disagree. Isn't it wonderful we have that Freedom?.- Dave A.) 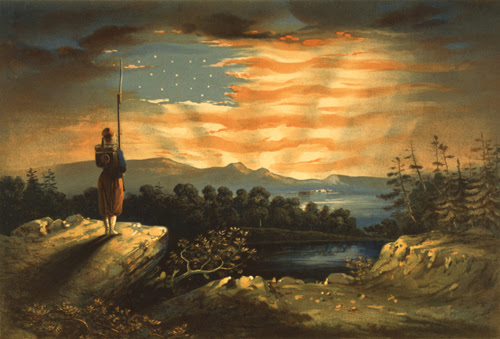 Sometimes I have to shake my head and wonder at what point our American history became such a divisive issue that it creates villains out of heroes for the sake of political correctness. Kathy started Legends Of America back in 2003, and over the years she has learned all too well how some stories can cause a ruckus. Whether it be Billy the Kid or a fanciful ghost story, there are many passionate voices out there that can get their feathers ruffled in a hurry. A good example of this can be found on our Facebook page, especially when we feature a story on an American President.

We post daily stories on Facebook, ranging from early America, the Old West to Route 66. And each week we feature a "Good Guy". This week I posted Kathy's updated article from Hartwell James' 1899 book "Military Heroes of the United States" on President Zachary Taylor. I was intrigued to see the comments that soon came, and it was a particular statement that caught my eye and weighed on my mind enough to blog about it. The statement was, in part, "Taylor won fame as an Indian fighter.....Let's get real about our former Presidents. Many of them were racist and most of them were bigots."

Now, I realize that not everyone will consider Zach a good guy. Yes, he owned slaves. Yes, he fought Native Americans. He also fought with honor against Mexico and played a key role in the eventual statehood of California. So why was it so bad for us to do a "Good Guy" post on a former American President, someone who helped shape the Great Nation we live in, and recognize him for his accomplishments?

That led me to my ultimate question. How far do we go for the sake of Political Correctness? Let's say for instance you are an American Citizen of Hispanic decent. Does the fact that the United States fought and won territories from Mexico mean that we should give California back? What if you are of Native American decent? Yes, I agree, the United States did many bad things to people that deserved better. Do you honestly believe United States citizens, back in the 1800's, should have given up and turned the country back over to the various Native American tribes? Would you still have the freedom you have today? Would you even be here?

I don't mean to pick on this particular comment, as we have had similar comments on other posts dealing with our Founding Fathers. Whether you agree or disagree on a specific President's policies doesn't change the fact that each and every President of these United States have been heroic in some way that helped make us into what we are; the leader of the Free World. And despite being "politically incorrect", in the end they did what's right...kept freedom at the core of our Nations foundation. Hell, we even fought with ourselves for that belief in freedom during the Civil War. And yes, President Zachary Taylor, a slave owner, had a hand in turning America away from Slavery "before" the Civil War.

I would go as far to say that if it weren't for Good Guys being politically "incorrect" at times, we would not have grown as a nation, nor have the level of civility throughout the world we have today. The feisty spirit in us that declared our Independence from the British, fought the Native Americans and Mexicans to expand our territories, defended freedom in two World Wars..all of the history, good and bad, resulting in the growth of a Nation that others around the World look up to.

My point is this... It depends which side of history you're on as to which Heroes you celebrate, and thankfully they are not always politically correct. For a Hero is simply someone who furthered their cause with strong conviction and extraordinary measures. I, for one, am an American. I celebrate American Heroes. Including the politically incorrect President and Distinguished General, Zachary Taylor.
Posted by Dave Alexander at 7:04 AM 12 comments: